Mr. Levin sells a load of firewood for \( \$65\). He charges an additional \(\$20\) if he also stacks the wood. Of the 70 loads he delivered in October, he stacked 18. Which of the following expressions represents the amount he earned in October?

Visit our website for other GED topics now!
Related questions
Each interior angle of a regular polygon measures 180(s-2)/s degrees, where s represents the number of sides in the polygon. The figure shows a regular polygon. 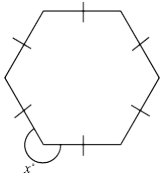 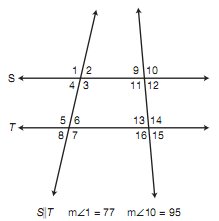 Max needs to ship six identical packages, each weighing 3 lb. 12 oz.What is the total weight of the shipment?

Carlos is monitoring the temperature gauge in his sub-zero freezer every 15 minutes. The first hour, he observes a median temperature of 0°F (Fahrenheit) and a range in temperatures of 4.
Which of the following lists might provide the four temperatures that Carlos observed?
Which is the next term in the sequence 10, 9, 11, 10, 12, 11, 13, 12, 14, 13, . . .?
The diagram represents a large living room. What is the area, in square yards, of the room?

When is 3x – 4 > 2?
An interior decorator plans to wall-paper three walls of a bedroom. In the following depiction of the room, the shaded wall will not be wallpapered.

Uniformly sized 2-inch sugar cubes are to be packed into boxes, each one measuring 10 × 12 × 15 inches. Packaging “pellets” are to be used to fill any empty space in the box. What is the minimum volume of pellets needed for one box of sugar cubes?
The value of the decimal 0.002 in the fraction of lowest term is?
Factor the expression 8x + 8.
How many numbers up to 300 are divisible by both 2 and 3?
A school has 18 classes with 35 students in each class. In order to reduce class size to 30, how many new classes must be formed?

A certain function is defined as f(x) = a/x2 , where a and x are both positive numbers. Which of the following graphs best depicts this function?