In an ecological food chain, tertiary consumers eat secondary consumers, which in turn eat primary consumers, which in turn eat producers. In this chain, the producers are plants that generate their own food through photosynthesis: a process of using light energy and carbon to create glucose. Although lichens are fungi and corals are animals, both use the energy that photosynthesizing algae produce for their sustenance and growth. Lichens rely solely on algae for their energy. As for corals, while some species can exist solely by capturing food, most receive energy by hosting millions of single-celled algae organisms known as zooxanthellae. The zooxanthellae are provided safety from predation as well as certain by-products of the coral’s metabolism, such as ammonia, which zooxanthellae require to grow and reproduce. In return, the coral use a portion of the energy zooxanthellae produce through photosynthesis for its own sustenance, growth, and reproduction.

How can the organisms described above be categorized?

The first sentence of the second paragraph tells us that corals and lichen both maintain a mutually beneficial relationship with photosynthesizing algae. So we know that both corals and lichen are primary consumers, while algae are producers. But the paragraph also tells us that some corals eat other animals, while other corals rely on algae for their food.So some corals are secondary consumers, while others are primary consumers.

Visit our website for other GED topics now!
Related questions
Energy flows through the food chain from
Panthers are members of the class mammalia, the order carnivora (meat eaters), the family felidae (cats), and the genus panthera (big cats). What can you infer from this information and from the diagram? 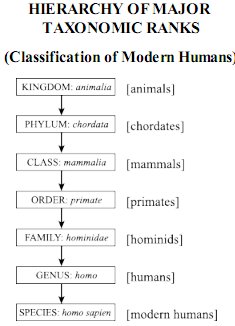 What allows water to be drawn through an artesian well without the aid of a pump? 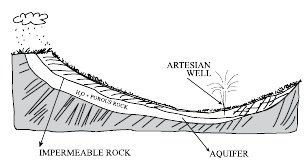 The following pie chart illustrates the relative productivity (new plant material produced in one year) of different biomes. Based on the chart, which biome has the largest effect on the overall productivity? 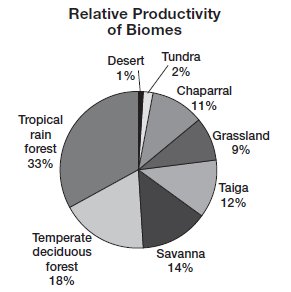 When two point sources of monochromatic light are kept at finite distance, we see alternating bright and dark rings. Which of the following phenomena is responsible for this effect?
Which of the following phenomenon is responsible for Mirage?
A graph is plotted between temperature on x-axis and vapour pressure on y-axis. Two different curves are obtained for solvent and solution containing dissolved non volatile solute particles at 1 atm pressure. Which physical phenomenon is shown by the graph?
Bases contain more ___ ions.
Breaks down pyruvic acid molecules into $C{O_2}$ molecules, ${H^ + }$ (protons), and 2 ATP molecules.